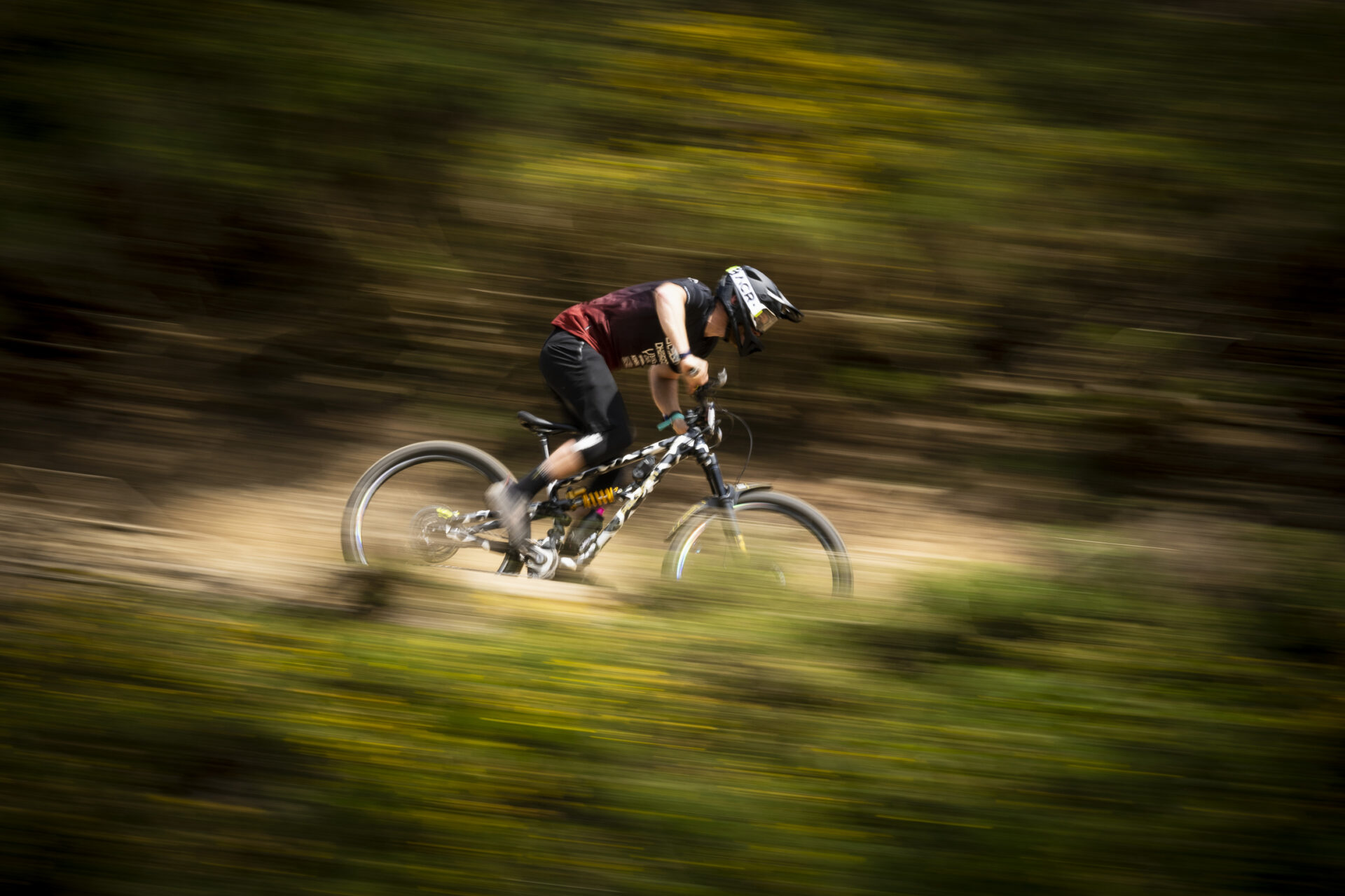 Our first official Polygon Factory Racing team joined the professional ranks of the enduro racing community at this year’s Enduro World Series (EWS). Representing the highest level of enduro racing and the ultimate combination of race and adventure. 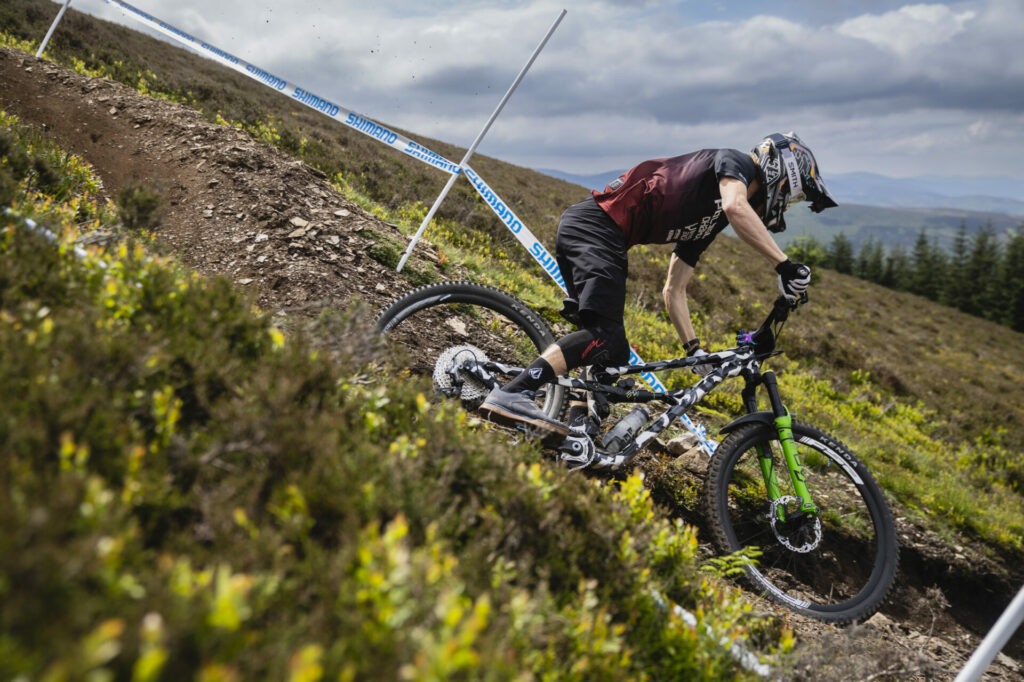 EWS #1 Tweed Valley: A wild start at the best downhill trails in the UK

After heavy rains earlier in the week, Scotland turned on the best blue skies and a course that was in top condition for the first race of the season – Tweed Valley, 4-5 June 2022.

The Pro Stage kicked off on Saturday afternoon – this is a specially designed, high speed stage aimed to create close racing and excitement for spectators. It also attracts bonus points that riders love. Brady Stone had a wild start – was full gas and power, securing 25th position.

“The trails were running dry and fast, which made for a smooth run into 25th. I’m really happy to start the season off with this result,” – Brady Stone.

Sunday’s five stages included the Queen Stage on the renowned Big Baw trail. Matt Stuttard revealed his technical prowess with his best stage finish of 14th position in the crux-stage of the race.

“It’s so good to be back racing! I last raced 11-months ago since I snapped my collar bone. Loved every minute of it – buzzing to be back,” – Matt Stuttard.

After an intense week preparing for the debut of Polygon Factory Racing, Team Captain Dan Wolfe brought PinkBike’s 1.5m Instagram followers between the tape via 3-days of Stories takeovers featuring his iconic narration and plenty of PFR action clips of both Matt and Brady. Dan was super-thrilled by the results of the team and the stellar event that was delivered by the Enduro World Series.

“Tweed Valley was the most hotly contested event to start with. A great success for the first outing of Polygon Factory Racing –  I am very proud of the lads!” – Dan Wolfe 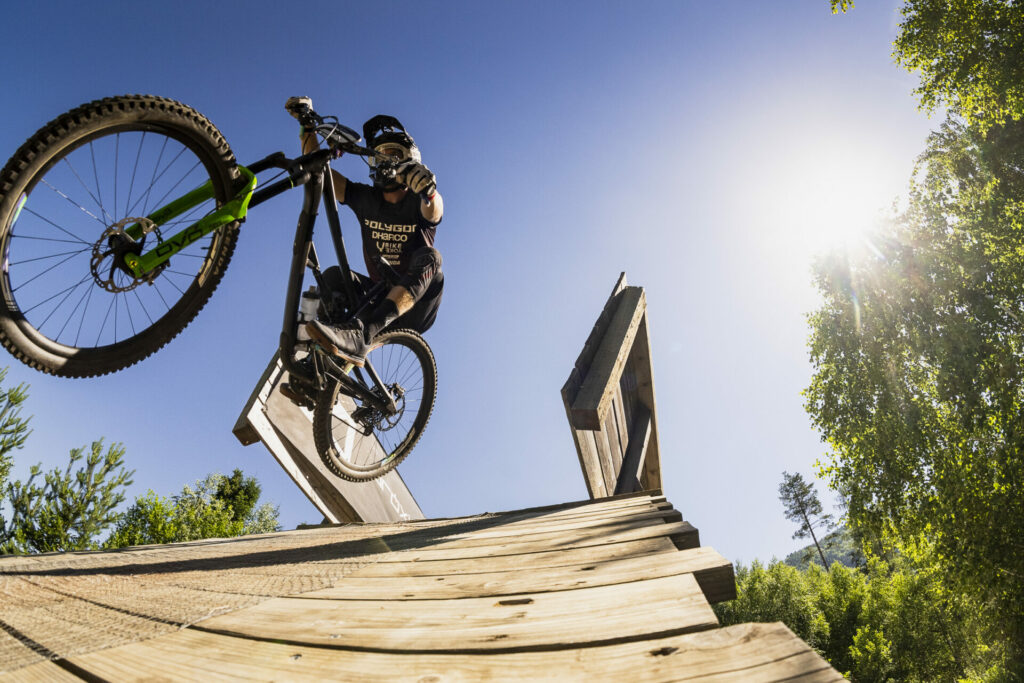 Race 2 of the EWS became more challenging – riding trails in two countries on the same day. Starting on Saturday June 18th in Petzen, Austria; continuing on Sunday June 19th with 3 stages in Jamnica Slovenia, before finishing with a final stage back across the border in Austria. The five stage, 40km course encompassed over 3,100vm of race-stage descent; definitely in the running for one of the toughest races of the season.

After a successful Shakedown ride, Team Captain Dan Wolfe struggled through a painful practice day but was unfortunately side-lined for this event due to the backlash of his earlier shoulder-surgery in the off-season. Nonetheless, Dan was trackside cheering on his team mates and taking PinkBike’s Instagram followers along for the ride with 3 days of insightful race coverage.

The Pro Stage on day 1 in Austria was one for the history books; at 6km long and with over 1000m of descending it was the survival of the strongest out there. Rocky, rough, steep and super-physical. This one stage alone was 13 mins worth of racing and the guys were frothing for it!

A different start to Austria, the Slovenian stages on day 2 got off to a pretty slow start with intensely warm weather. The terrain was brutal; Brady Stone lost time due to a mechanical in Stage 3 but managed to resolve it before the final big stage in Petzen where he secured the team’s first top 10 stage placing and 27th overall.

“What a race! Loved the long tracks but they were brutal to race.” – Brady Stone

“Petzen was a brutally tough event – from the heat to the tracks, there was no let up. We look forward to the next round in Italy.” – Dan Wolfe 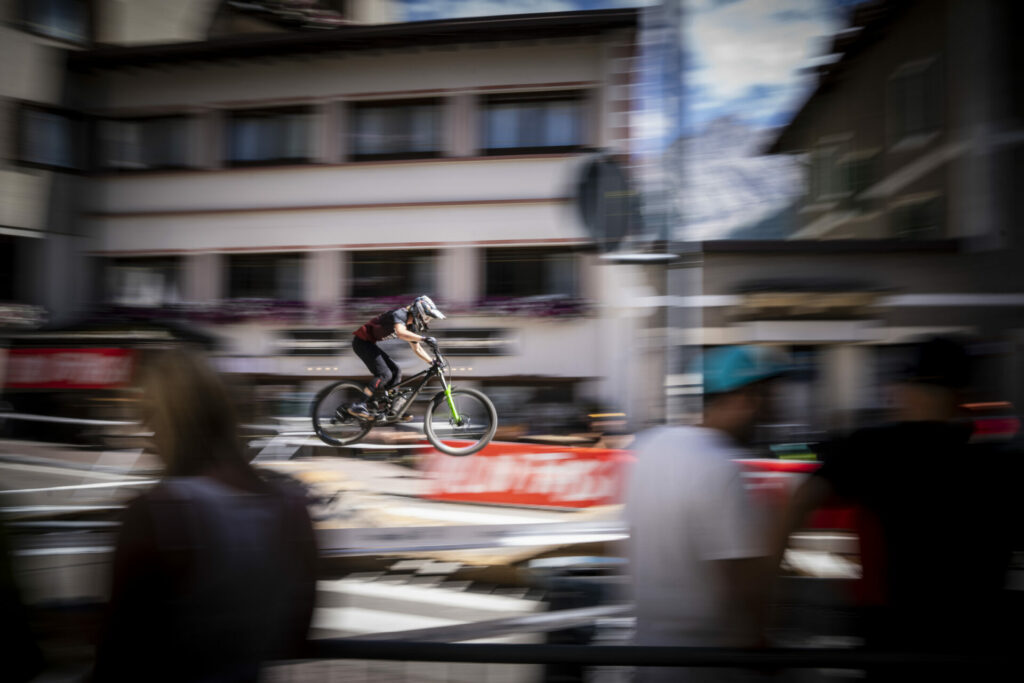 Round 3 of the Enduro World Series saw the world’s fastest enduro racers descend upon Canazei in the Italian Dolomites, famous for their towering rock spires that are so spectacular that UNESCO added them to its list of world heritage sites. EWS Val Di Fassa Trentino pushed riders to their limits.

The short and pedally Pro-Stage littered with janky tech proved a challenge for many as any mistake could cost a few seconds, but many more places. After a crash during stage 2 practice where Brady Stone hurt his wrist, he was all game-face for the Pro-Stage, finishing just outside the top 50.

Off to a slower start than usual, Matt Stuttard completed the Pro-Stage in 72nd; a trail that did not play to his strengths. Being a seasoned EWS racer, Matt knew that his 20 second deficit wasn’t disastrous as a lot more racing lay ahead.

Day 2 was a turnaround!  Matt Stuttard dug deep to manage a top 10 in Stage 3, covering some brutal tracks. He continued to push hard in Stage 5 Queen Stage. The ridgeline that acts as the opening stanza of the Tutti Frutti track is one of the most beautiful in Europe, but the stage is also one of the longest and most savage tests in the Dolomites. Matt took it all in and achieved an impressive 11th position on this toughest stage of the weekend, finishing a stellar 18th overall, the team’s first top 20 of the season!

“Happy with that! From 72nd to 18th today – I had to dig deep on some brutal stages.” ~ Matt Stuttard

Brady Stone had a stronger start to day 2 with a top 30 in the second stage followed by consistent riding that saw him jump up the standings from 51st to 39th overall.

“I’m so proud of the whole team’s efforts and results throughout this first block of EWS races. Our mechanic, Josh Morris, has gone above and beyond in his support of the new team. Top 10 Stage finishes from Brady in Slovenia then Matt in Italy, culminating with Matt’s Top 20 overall cements the ability of these guys in the most technical and demanding trails. Dan’s dug so deep to help bring everything together as Team Captain while, despite injury, performing both on track and as PinkBike’s face-of-enduro.

A huge thanks to the team sponsors for all their support; DHaRCO, BikeYoke, FSA and Kenda – we can’t wait to see what we can do together as Dan, Brady and Matt touch down in North America in August!” ~ Dave Musgrove, PFR Team Manager

The Polygon Factory Racing team now has a short break before heading to North America for the next leg of the Enduro World Series. We’ll be back in August, re-loaded and re-energised for Whistler, Burke and Sugarloaf. Stay tuned for even more action!