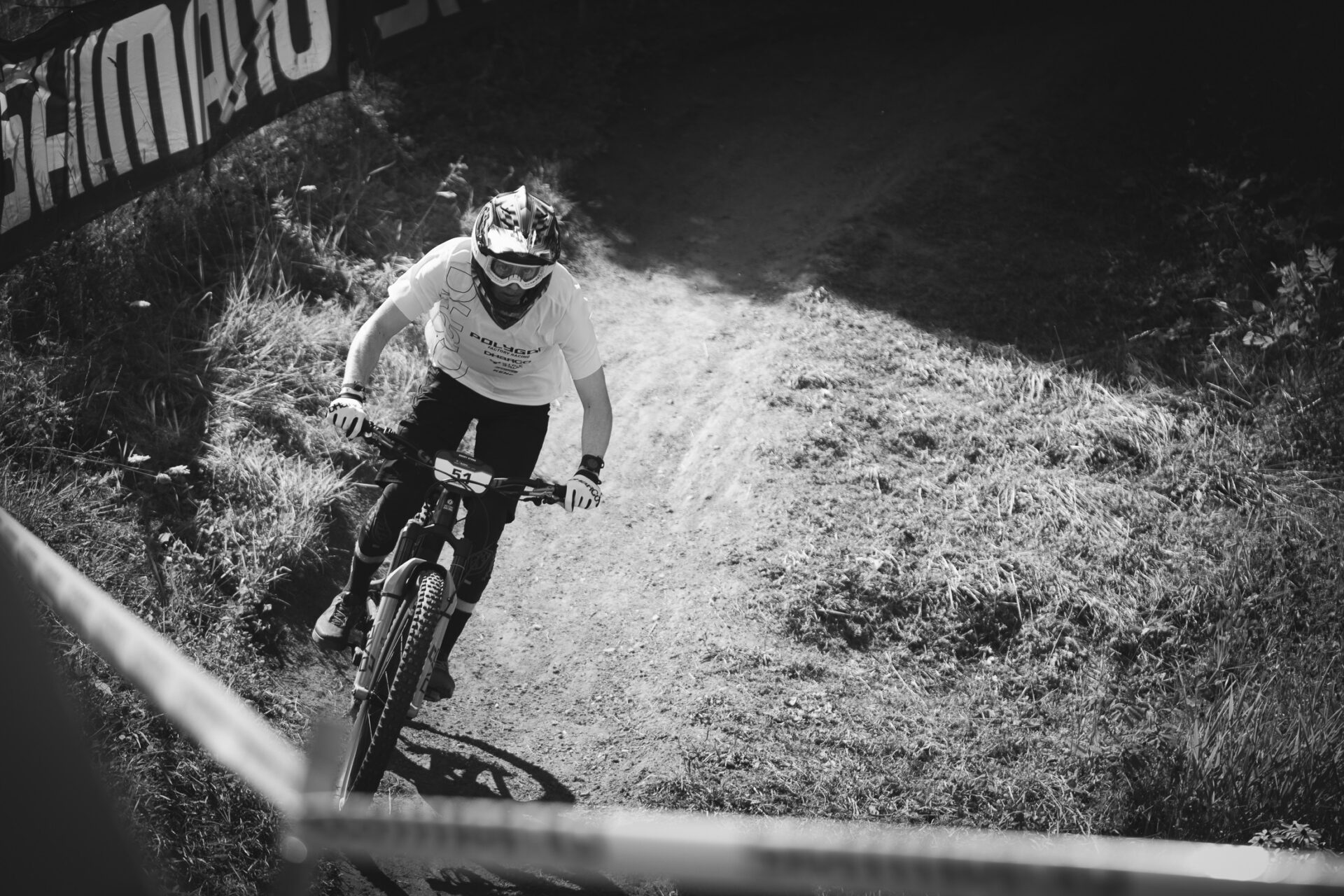 From the buzzing crowds at Whistler, the Enduro World Series moved down south to the Eastern state of Vermont, USA. The East Coast is a new stop on the EWS calendar and is rapidly becoming a top destination for fast and fun trails.

The tree-lined tracks in Burke offered riders a mixture of loamy singletrack threading through the mountain’s pine and birch forest, peppered with technical, slippery, rocky features plus some foot-out, fresh, grassy corners. Covering a total distance of 33.9km over six stages, and over 2,000m of elevation.

Practice day had the riders riding five stages, including the famous Rude Awakening trail which drops nearly 600 vertical meters from the very top of Burke Mountain, all the way down to the event village.

“Conditions were treacherous, due to the rain the night before, but the ground improved at the halfway point and the soil conditions were amazing.” ~ Dan Wolfe

Upper J-Bar was a trail of two-halves – the first half was slick rock and rooty tech; and the second half was down the hyper-fast single track flow.
“I tried to ride smart and focus on where I could push and where I needed to stay smooth. The Pro-Stage was sketchy but I held it together and pushed at the bottom – stoked with Top 20.” – Brady Stone

Stage 2 was the second longest stage of the round. Lower J-Bar featured a flowy top ridge line section, with a sting in the tail and some punchy climbs at its base.

“A tough race, with climbs that went straight up the hill and a few stages (S2) that felt like they didn’t descend at all! The conditions were perfect, the stages were really fun, and the support from the crowds were amazing!” – Brady Stone

Wayne’s World into Black Forest featured some natural drops and gaps for those willing to roll the dice.

The Enchanted Forest beckoned in Stage 4. The shortest stage of the day, featuring ski piste grassy turns leading into a forest full of bike park features and man-made goodness. A favorite for most riders.

The Queen Stage, Rude Awakening, was a savage rocky test. It began with an extremely physical section and then hurtled down with Vermont’s slickest roots and biggest rocks.

“Crazy tight racing in Burke. You have to be really tidy and not throw away time on every single stage. The pace is coming back, I’m stoked!” ~ Dan Wolfe

Repeat of the upper J-Bar into Lower Excalibur, which the riders raced on the Pro-Stage in Day-1.

“Dan’s takeovers have some of the highest rates of views out of any of the takeovers and the lowest drop off rate which means he keeps the audience engaged.” – PinkBike Marketing Team