EWS Whistler 2022: The Game has Changed 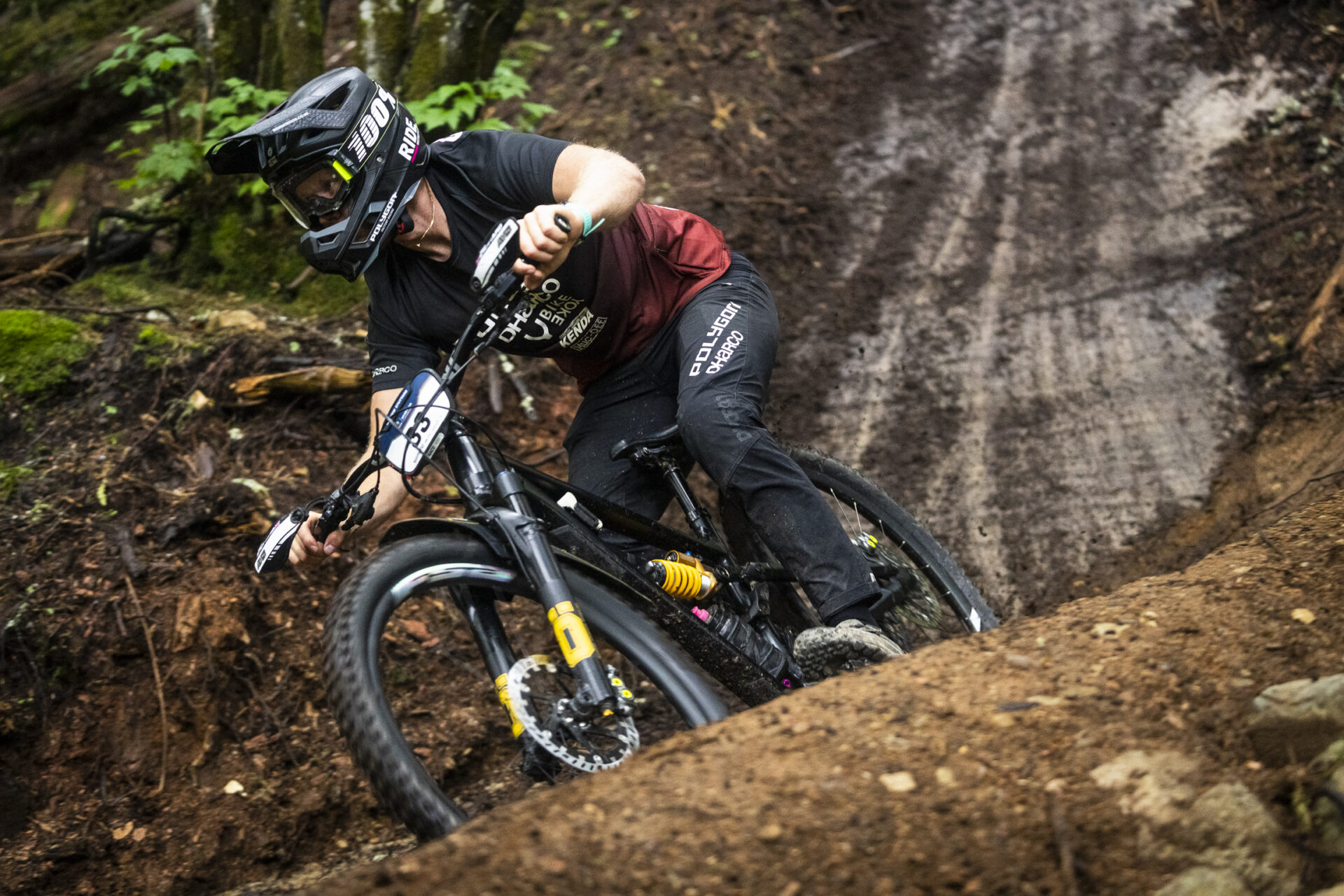 Round 4 of the Enduro World Series took place in the mountain bike mecca of Whistler BC, Canada. Two days of racing six big stages, featuring nearly 3,000m of descent on a course just shy of 40km. With only one liaison lift-assisted, the Polygon Factory Racing team was prepared for lots of pedaling and steep climbing.

After some rain in the lead-up, the trails were slick in practice but mostly dried up to deliver conditions from hero-dirt to blown-out berms with the gnarly roots and rocks that are a given in Whistler.

“Practice day did not disappoint. Some proper tracks that will test bikes and bodies come racing.” – Matt Stuttard

Matt Stuttard finished in P25 with plenty more in the tank. He was pumped to have some big features in the race – including the all-new 1199 Track. The 1199 track is a tribute to the iconic late-Canadian downhill racer Stevie Smith. 1199 being Stevie’s total World Cup points at the end of 2013, the year he became the first Canadian to win the World Cup overall title.

Things didn’t quite go to plan in the Pro-Stage for Brady Stone, finishing in P60. But Brady was feeling all pumped and ‘ready to give it the beans’ for day 2. Team Captain, Dan Wolfe finished in P63, feeling confident with the trajectory of his racing post-surgery last year.

“The game has changed. EWS putting in some big ass features for Pro Stage – that was something else!” – Dan Wolfe

Super-hot conditions made for a brutal day 2, with steep climbs and long gnarly descents. Plus a day for cycling up the 2010 Olympic bobsled track on the way to race bikes.

Unfortunately, no-one got a chance to practice stage one the previous day but all rode the trail well, Brady was hot on Matt’s heels with only 3 seconds between them on this stage. Stage one is full of roots and a few climbs thrown in.

Matt Stuttard had to dig deep after a big off on stage 1, where he clipped a stump with his pedal and ejected over the bars landing on his shoulder. After getting it strapped up, Matt managed to
push on as the day went on.

With a big lift bump up to the day’s highest point, extra points were up for grabs with the Queen Stage. One of the longest & hardest stages of the race. Matt Stuttard was up for the challenge
and ended up placing P32.

Ride Don’t Slide took racers out of the Bike Park and into root-town. Yet another challenging stage in the hottest part of the day, leading into a hike-a-bike liaison back up to the final stage of the
race.

The final stage was a repeat of the Pro-Stage – proving mentally & physically draining. The PFR team gave it their all and was rewarded with some stellar results. Matt Stuttard’s P25 and Brady
Stone’s P27 landed them in 30th and 41st respectively overall.

“After a slow start on the Pro-Stage, I gave it my best effort and finally found some pace on the last stage, ending in P41 for the weekend. I learned a lot and am looking forward to the next 2 rounds on the USA east coast.” – Brady Stone

The boys secured 18th position in this EWS. Cheers to another race ahead