EWS Sugarloaf: Sugarloaf delivered a true rollercoaster of a race! 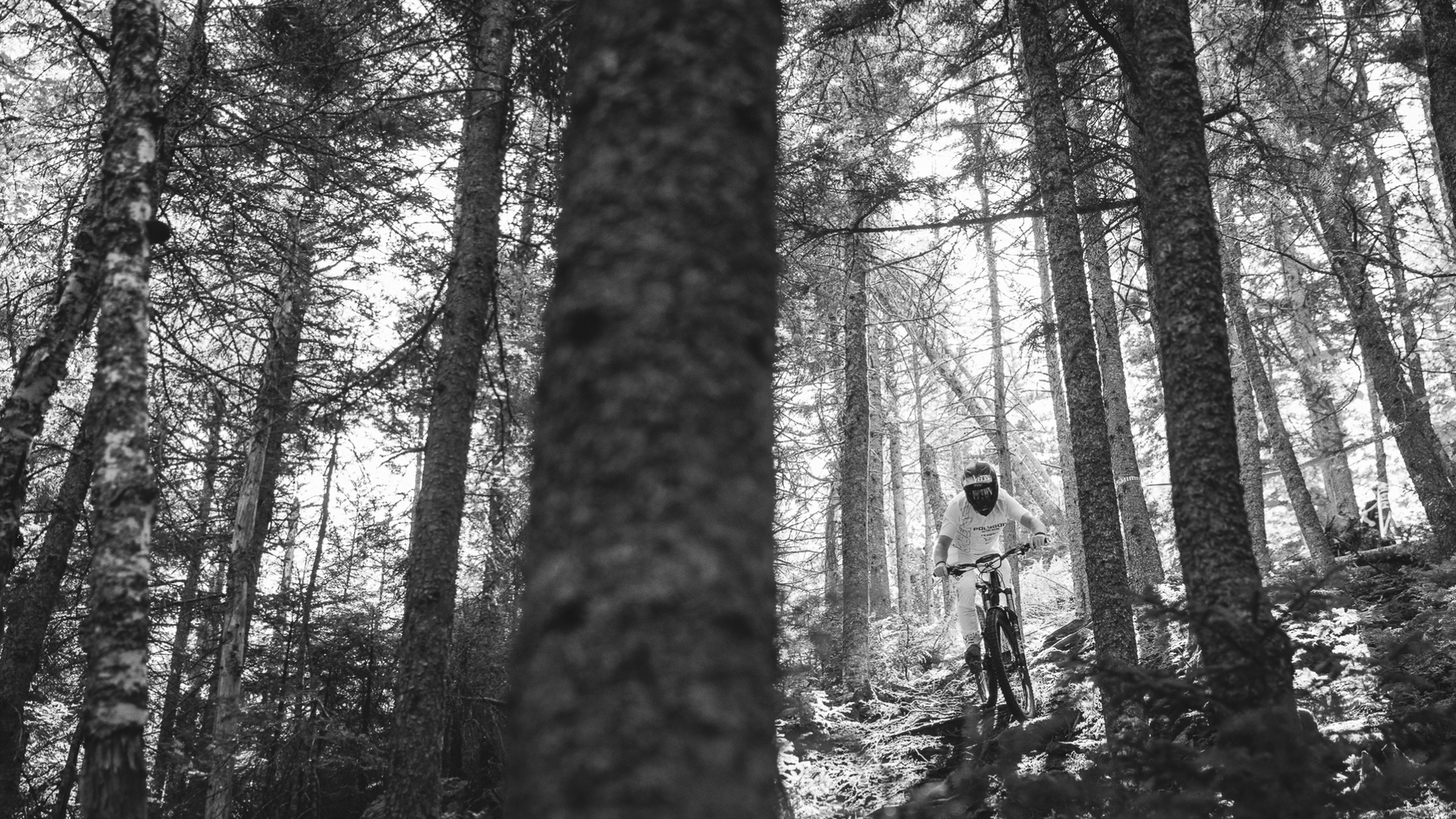 After the epic excitement and tight racing of EWS Burke, the Enduro World Series moved to the north east across the New-England states to a second brand new race venue – Maine's Sugarloaf Mountain.

It was another head-to-head event of racing between Brady Stone and Matt Stuttard. Both pushing hard on the Pro-Stage – a high octane slice of everything that makes riding bikes so good! Jam-packed with tech, jank, jump, drops, berms, flow and bikepark sections. After the heavy rain two-days earlier, the course was rooted and rutted, with super-slick conditions.

Brady (P34) and Matt (P40) both had average runs – the track was messy and beaten up. Brady tried pushing hard in places, but ending up losing speed out of the corners. The times were very tight, with both guys finishing 14 secs behind stage winner, Matt Walker.

Day 2 of racing was adjusted due to a storm forecast to arrive later in the day. The racers took on five classic stages with a tough S3 Queen Stage – 4km distance with 760m descent. Team Captain Dan Wolfe had a cracking run finishing in P42, his best to date. It has been a hard journey coming back to form after his shoulder surgery, so Dan is thrilled to be moving in the right direction.

“I was stoked to hang onto P50 overall at EWS Sugarloaf. I put in some strong stages and achieved my goal for this block of racing – which was to stay on my bike and get a top 50!” – Dan Wolfe

Matt had a cracking go at the S3 Queen Stage – the harder, the better! Finishing a stellar P25, with equally tight times – a mere 31 secs behind stage winner Richie Rude. Matt had mechanical challenges on S5, with a snapped chain heading out the start gate.

“One to forget here in Sugarloaf. P31 on a bad day! No stages went well for me today – I was always fighting. And then to top it off with a snapped chain, was the icing on the cake.” – Matt Stuttard

The final stage was a repeat of the Pro-Stage, preparing the guys for more head-to-head action. Brady (P18) and Matt (P22) had solid rides, with a tight finish of 10 secs behind Jack Moir.

“Happy to make it to the end of a 3-week block of back-to-back races with bike and body in one piece! Happy to finish in P34 with a P18 on the last stage.” – Brady Stone

Ending our block of back-to-back races in North America with a bang! Sugarloaf delivered a true rollercoaster of a race. With more roots and rocks emerging from the churned-up natural trails, riders were pushed to their limits and beyond as they battled against the clock with many of the world’s best becoming unstuck in the process.