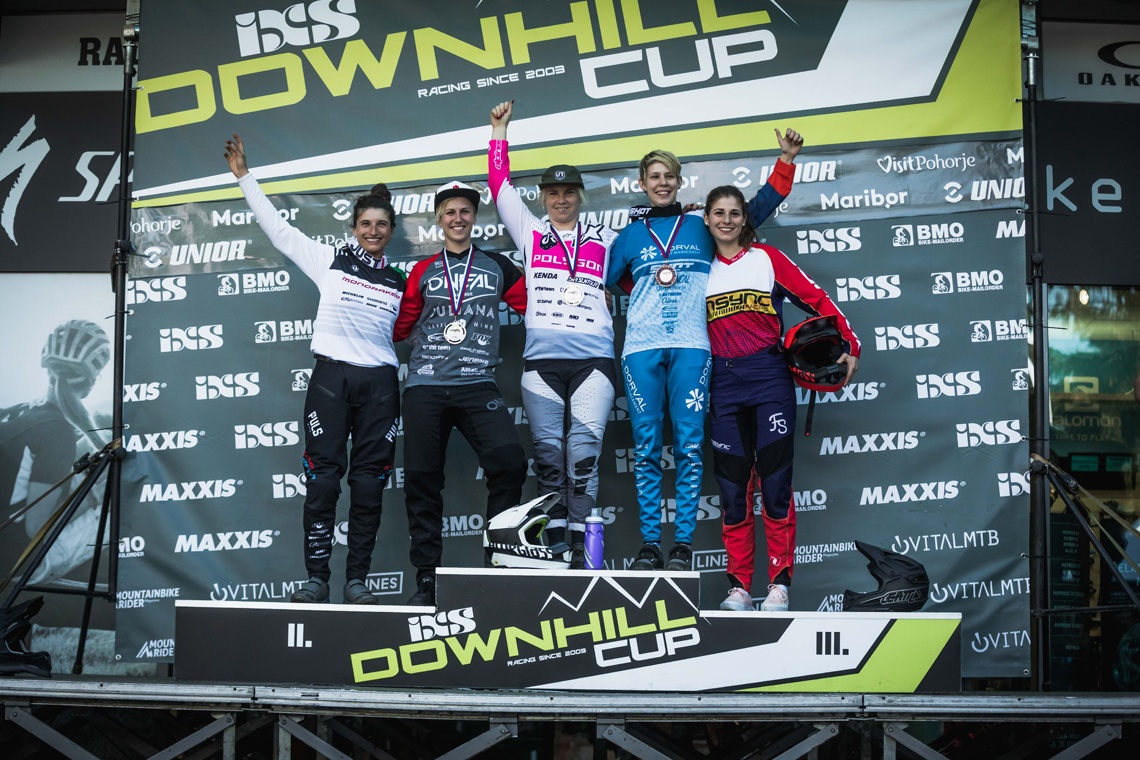 This past weekend, Mick, Tracey, Alex and Simon were in Maribor, Slovenia for the European DH Cup. It was good to have everyone in Maribor to prepare for World Cup week.

The track was fast and technical but a bit hard to keep the pace for more than 3 minutes.

It was a good preparation race for Simon who will be racing his first ever world cup in Maribor next week. There was a lot of top juniors and it’s good to see Simon finished 5th!

As for Mick, he liked the track. Mick wanted to put down a safe run and that’s what he did by scoring the 12th best time. Mick is felling in a good position for the season and looks forward to start his 18th year on the circuit!

Alex had a really good qualifying run and felt good physically but he lacked a bit of rhythm on his final run. He said he didn’t take enough risk but still finished 6th! It’s good to see Alex in there with the top riders at just 0.19 off the podium.

Just arrived couple days before from Australia, Tracey was still fighting the jetlag but felt good on race day. She takes the win, an essential confidence boost heading into the first world cup!