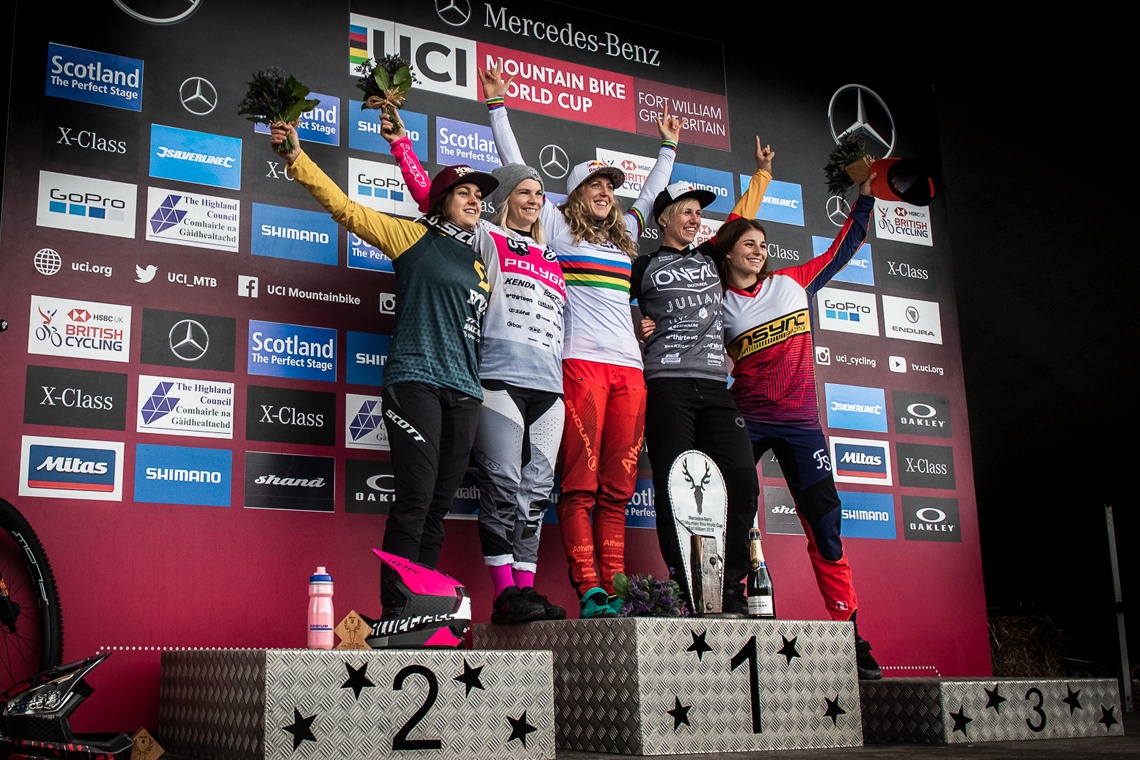 A good week of racing has just ended in Fort William, Scotland. We were here for the second round of the UCI Downhill World Cup.
The weather was the main challenge of the week with lots of rain, wind and low visibility. It was the 20th time the world cup circuit came to Fort William and the track hadn’t change much from the previous years.

It was the second world cup for our junior rider Simon Chapelet and Fort William is not the easiest track being very long and physical. Simon felt pretty good all week and tried to stay on the bike and not crash like in Maribor. He finished 9th, his first top 10!
Mick has been fighting a virus for the past month and was just trying to get back into it.  After a big crash on the first day of practice that knocked him off, Alex was on a mission to find the same feelings he got in Maribor.

Tracey looked fast and composed all through practice and took the fastest time at quali. She won precious points and took back the leader’s jersey for race day! Conditions were a bit harder for the women race with a lot of rain but Tracey kept it together and gave a great show and had a tight battle. She was leading most of the race and lost some time at the bottom to finish 2nd just at 1.5s behind Rachel Atherton. She is now 2nd in the overall standings not far off the leader.