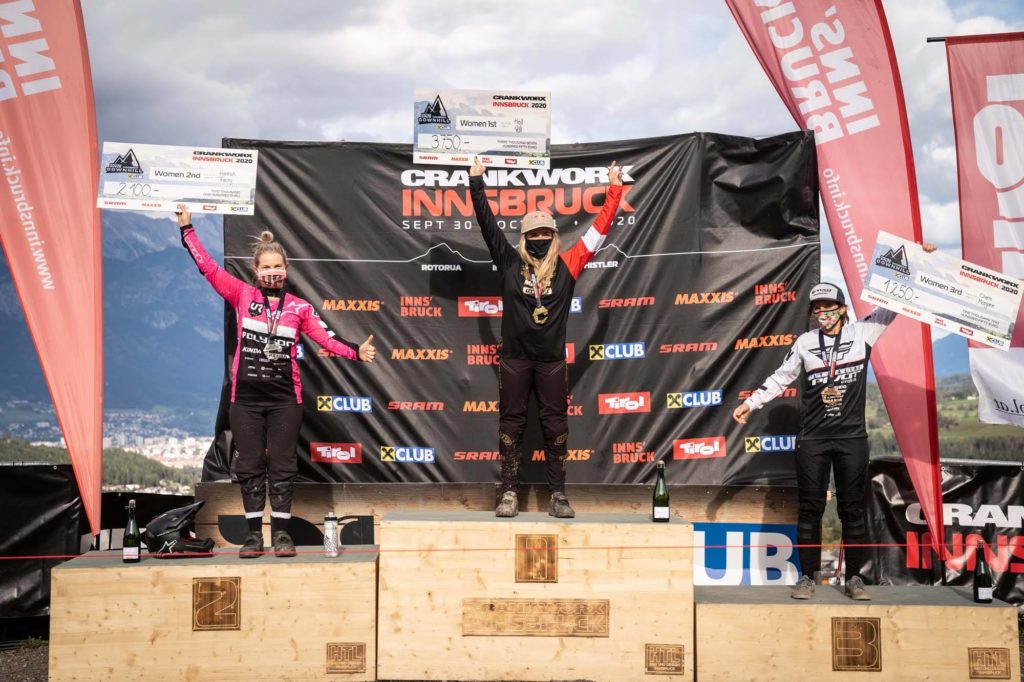 We spent the whole week in Innsbruck, Austria for the first international event in a very long time: Crankworx!
Crankworx is always a busy week and it started with the Dual Slalom. It was Joe Breeden’s first ever dual and he did not bad! He qualified 11th and after a good fight against Adrien Loron, he was taken out in 16th of finals. Fabien Cousinié also made the 16th of finals and he got out against Bernard Kerr after some tight battles.

Sam Reynolds was the next to compete and it was time for some Speed and Style action. Sam had a really good quali and scored the 2nd fastest time. Bad weather started to roll in for the main show and riders only had the chance to race the first round of 16th. After a couple hours and the weather not getting any better, it was decided that the results would be based on qualification. Sam scored the silver medal!

There were 2 days of practice and then the race. Unfortunately on Saturday, practice was cancelled due to high wind and a tree that fell on a gondola. Sunday morning the track was a bit different with all the rain we’ve had.

Tracey was feeling confident and loved having this last race before World Champs to make sure everything is dialed on the bike. Unfortunately a mistake cost her the gold medal but she still finished 2nd just 0,9 seconds of the first place.

Mick and Joe rode super smooth and scored a strong top 10 finish both representing on the live coverage on RedBullTV.

And that’s a wrap for Crankworx! We’re super grateful that such an event like this happened in 2020, thanks to the Crankworx team! Now it’s time to pack and travel not too far to Leogang for the World Championships!

BEHIND THE BABINES WITH ABBY COOPER

RESURGENCE | THE STORY OF ANTHONY MESSERE