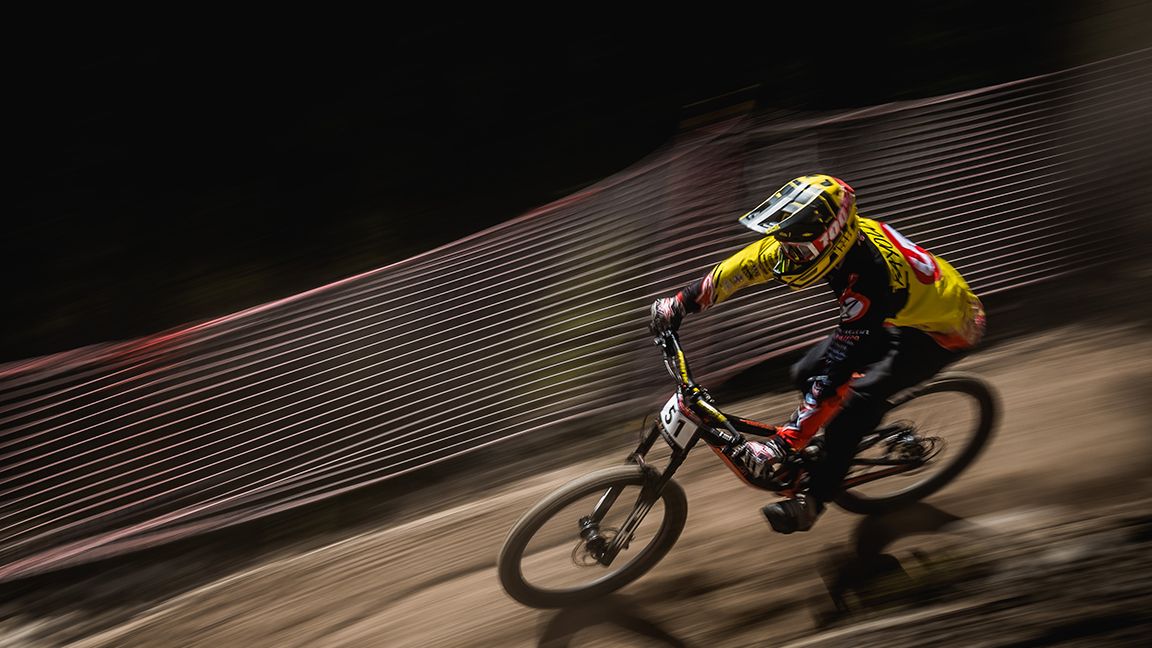 Amazing results for the team at the UCI world cup final in Vallnord.

Tracey Hannah jumped twice on the podium with a solid 2nd place and 3rd place overall , the surprise came with the incredible 4th of Alexandre Fayolle, which is his first ever world cup podium. 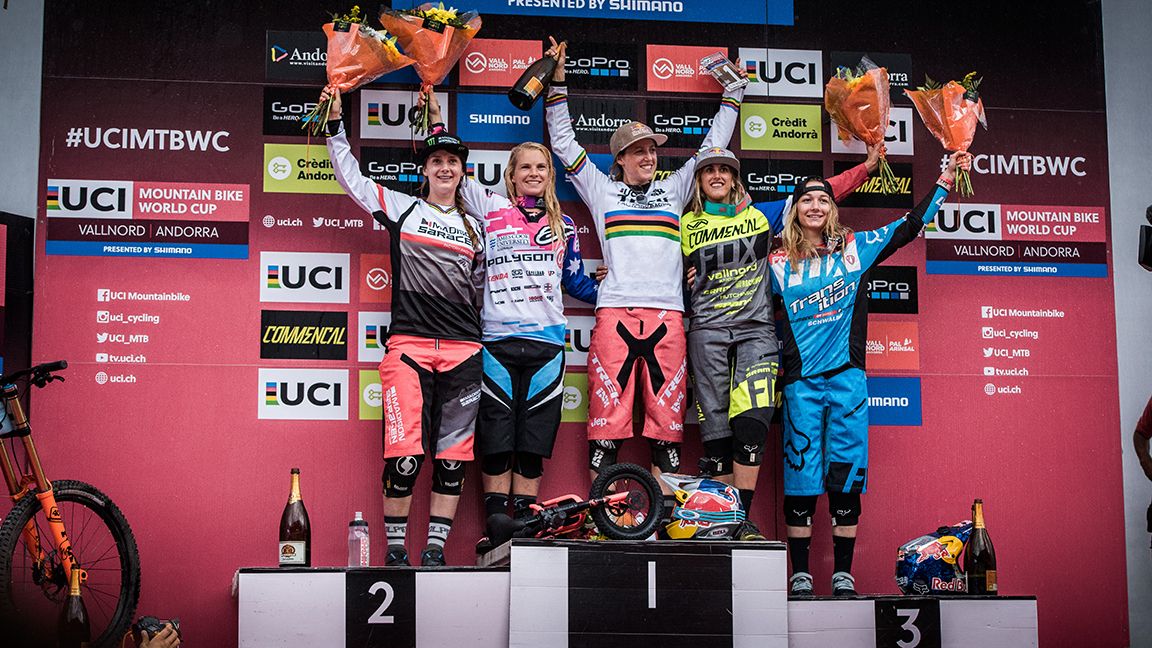 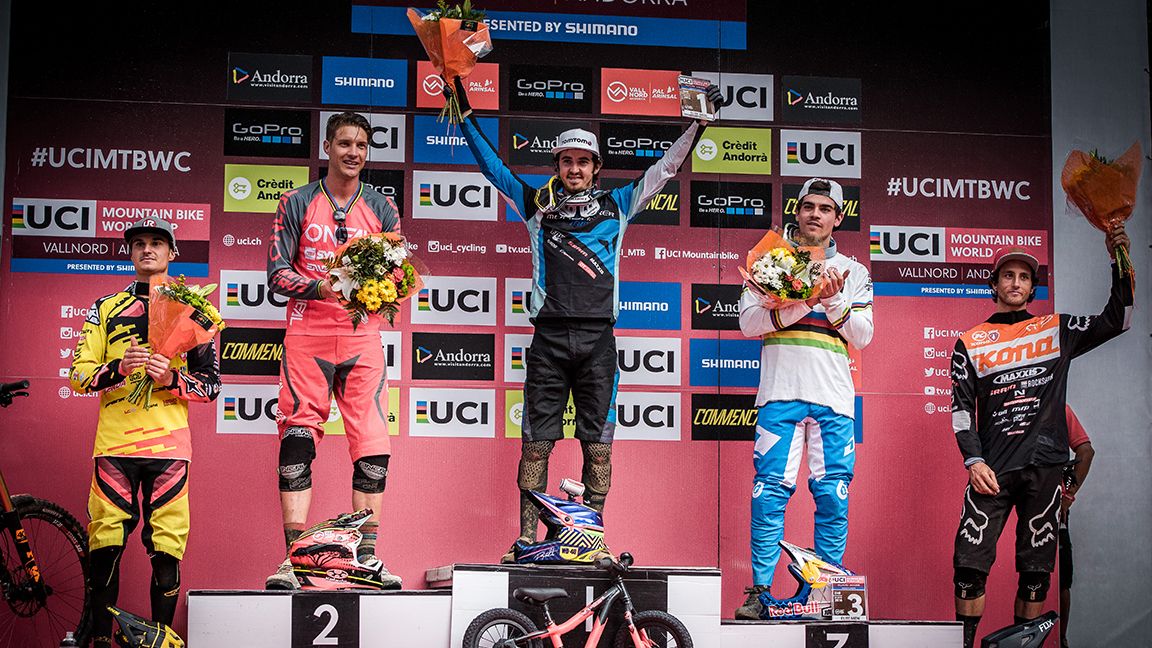 On the world cup team ranking overall , the team finished an amazing 3rd place, today the best result in the team`s history.

The conditions were the most dusty that everyone had seen in a long time.

In theses conditions the Hannah’s felt at home and in time practice they put in some fast times with with Mick taking the 6th fastest time and Tracey the best time.

In the men Mick finished 16th with a lot of speed left in the tank , Alex had a really safe run to finish 21st and Andrew had good one with 34th. 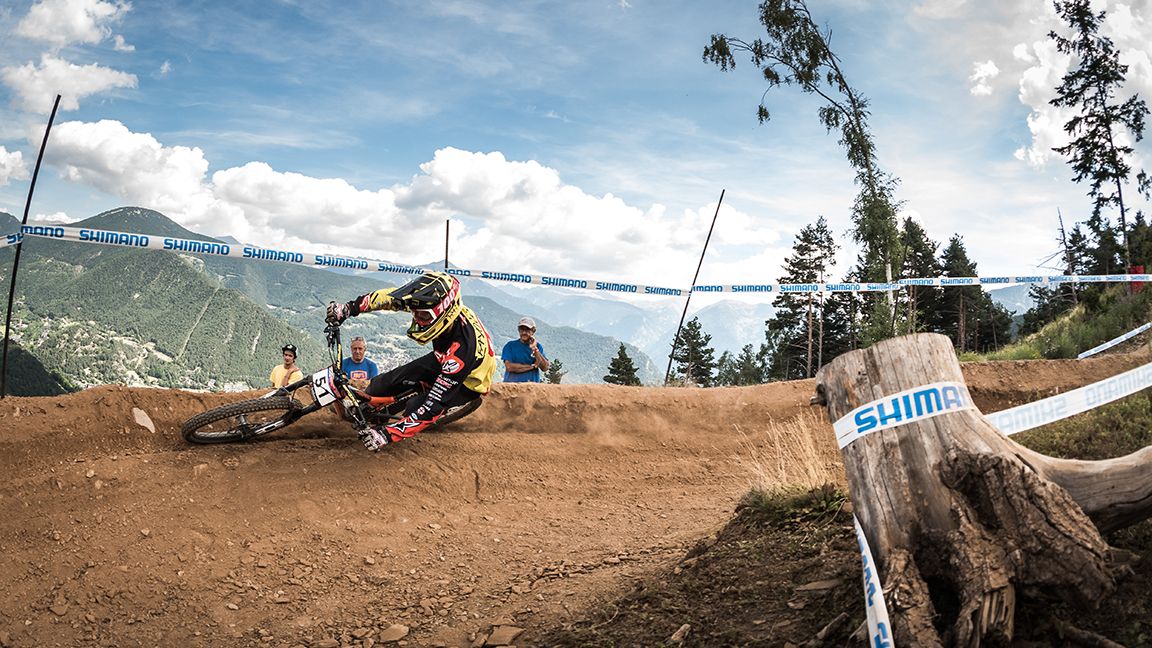 Race day was quite intense with the luck going both sides for the team. 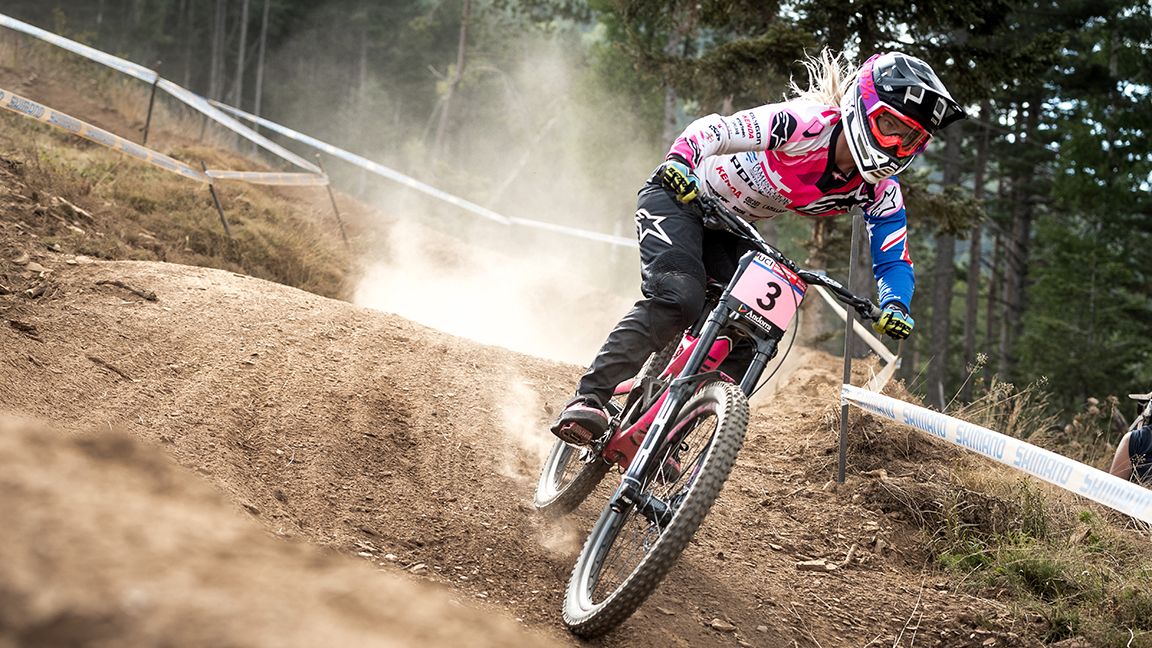 On the latter part of the season, Tracey made a great come back and on the overall point she finished 3rd overall, just 10 points from 2nd which is her best career result.

Andrew tried hard and gave all he had which put him on the 46th spot.

Mick was really fast on this track and didn’t want to get anything less than a podium today so he attacked hard for that, but unfortunately crashed , we are proud of his attitude trying to push really hard and we are even more proud of his come back amongst the best riders of the world with his podium in Cairns and a lot of consistent results which put him in 13th overall.

The greatest surprise today came from Alexandre Fayolle, we all knew that he has incredible talent. This year Alex has been experiencing some bad luck with some mechanicals and also an injury mid season but Alex kept working hard and the last month he found his confidence again and today we all saw it when Alex put down a stunning run which made him hold the hot seat for so long . But today, Alex`s luck changed side because some riders got rained on toward the end of the race and once the last rider came down we all celebrated the amazing 4th place and first world cup podium from Alex. 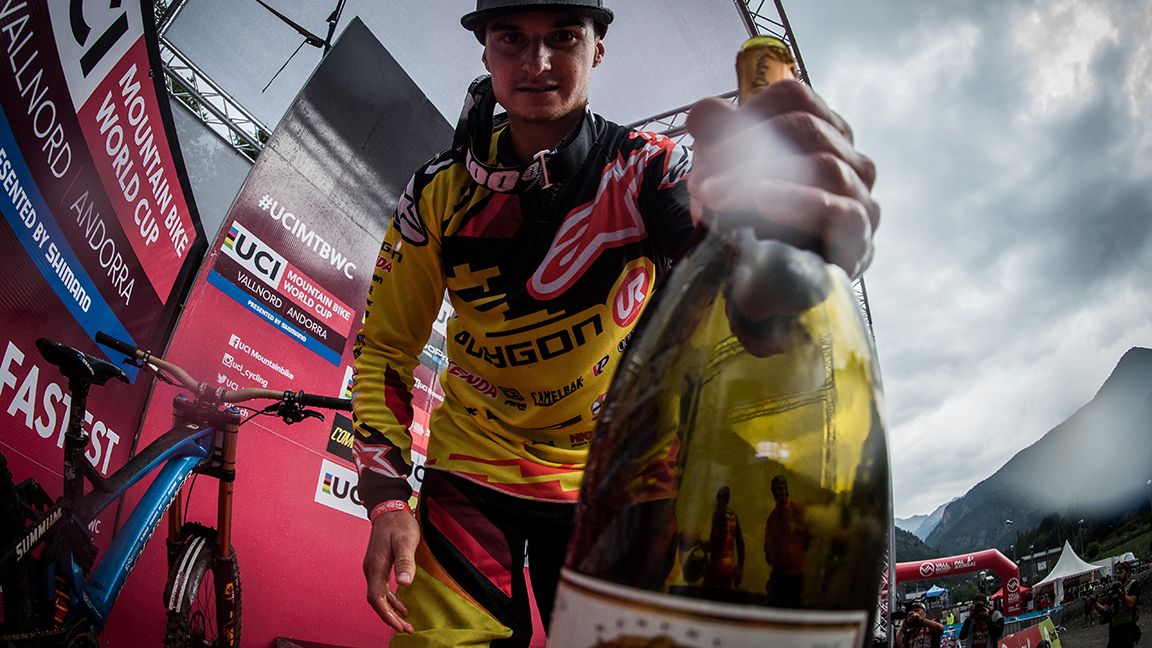 We’d like to thank all the staff that worked so hard , without who we wouldn’t been able to have such a good season.

And of course we like to thank all of our sponsors that have shown unconditional support.

The season is not finished, of course and we are all fired up for next week world championships. 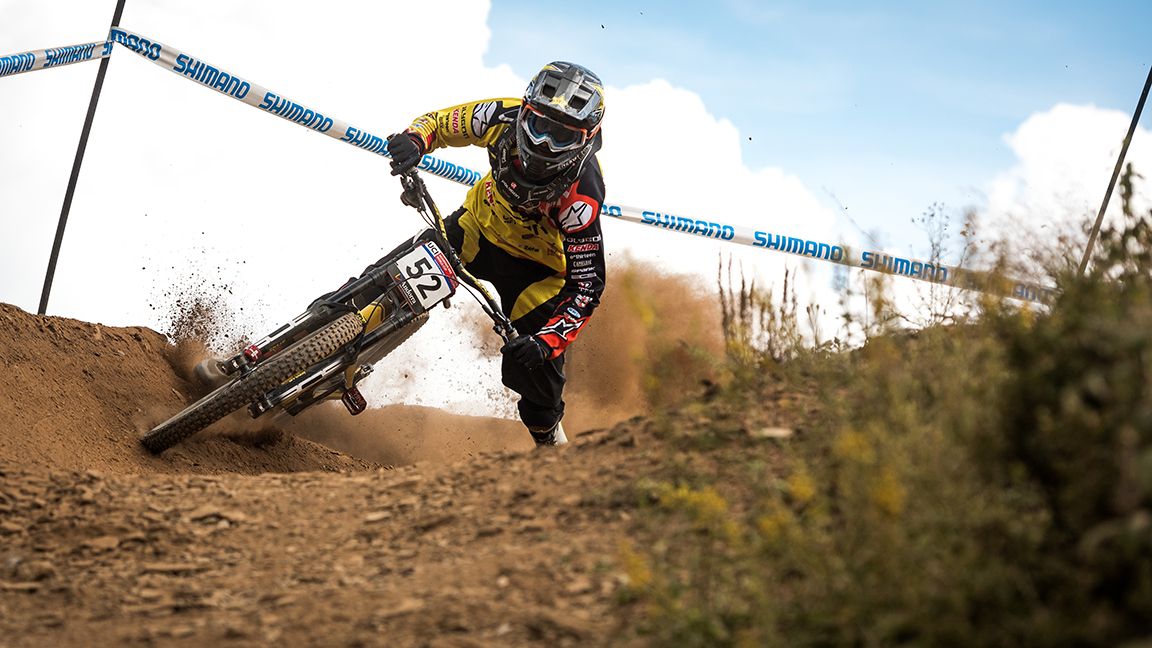