“I loaded the bike on to the Glencoe chairlift, what was apparent, however, was the distinct lack of bob for a bike with 218mm travel. I attempted to pedal through flat rock gardens, expecting an unmanageable amount of pedal feedback. However, to my surprise, the bike remained incredibly composed, and the suspension continued to absorb the rough terrain whilst I was putting down the power. With the pedaling characteristics giving me quite the surprise, it was time to get into the steeper, rough terrain. It used the travel well, absorbing the impact without any bottoming out or excessive feedback. Opening up into a long straight littered with big boulders and drops into the rough, the bike really came into its own. The rear wheel has an incredible ability to get out of the way with successive impacts over the rough terrain, the harder I pushed the suspension through the rough terrain, and the more comfortable it felt. Through the flat-out open berms, the grip on hand was impressive, letting me forget about the brakes and carve hard. I pushed the bike as hard as possible through some tighter turns to assess the torsional stiffness of the chassis, and was pleasantly surprised by the lack of flex in the rear end. It seems Polygon has taken the feedback from the XQUARONE enduro bikes very seriously, working hard to ensure the downhill bike doesn’t share the same stiffness concerns. Whilst there was no excessive flex, the bike still tracked a straight line through the rough stuff. Fatigue is a big issue for racers. Every unit of energy saved over the course of the track will allow for a harder final sprint or more sustained pedalling throughout a race run. The efficiency of pedaling of the XQUARONE combined with its bump-eating ability certainly have potential to reduce fatigue levels over the course of a race weekend, which may result in a small competitive advantage for racers on the platform. With times so tight at the top level, any advantage is significant, and I think Polygon have something special here with the XQUARONE.” 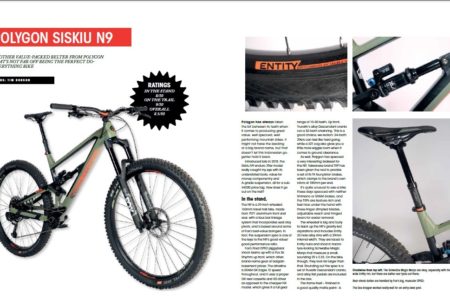 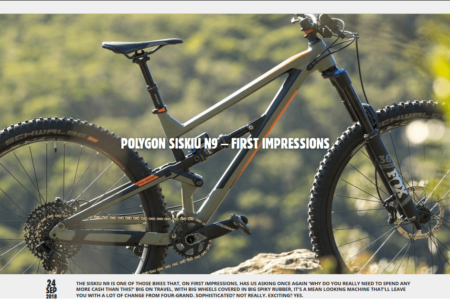 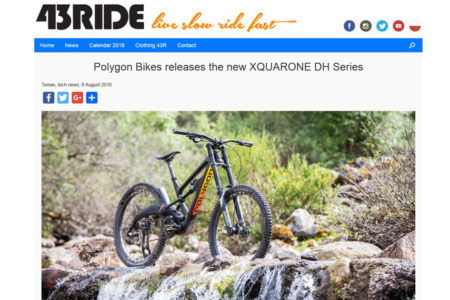