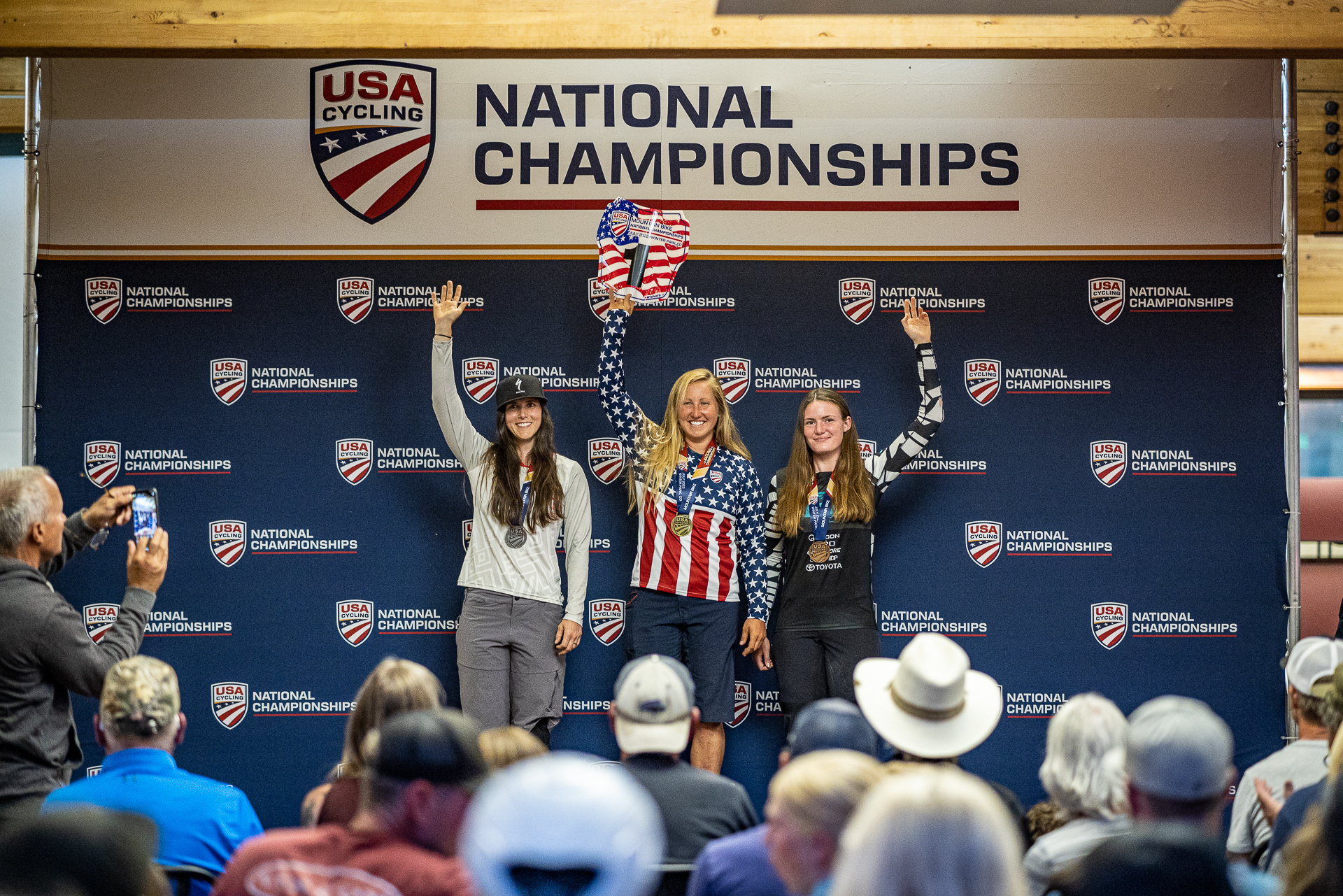 The Pro DH stage had a super-early start of 7.30 am. After a solid warm-up, Amy dropped into the chunky trail straight off the gondola. Stage 1 and 2 were filled with exposed rocks, berms, and some sections that could cause serious mechanicals. Amy’s goal was to stay smooth and keep the bike safe.

“Stage 2 had a flat/slightly uphill sprint in the middle and I felt good on it considering the average altitude we were at for racing was above 10k ft,” said Amy.

After stage 1, Amy and Porsha Murdock were separated by tenths of a second. By stage 2, Amy managed to put 5 seconds into Porsha. Stage 3 was a lot of flow and big berms with options to double rollers.

“I knew that stage 3 was a safer stage to really push it on and that I was likely the only girl hitting a pretty sizable double,” reflected Amy.

Going into stage 4, Amy confirmed that she had a 16-second lead. This stage was a physical backcountry stage with lots of sharp rocks and narrow trails. Knowing that she had an advantage, Amy continued to push where she knew it was safe to do. The last stage was a short one, less than 2 minutes, but very chunky towards the end. With no live timing available, Amy went into the stage assuming that she still had at least a bit of a lead after a solid stage 4 but knew she needed to keep it pinned to guarantee the win.

“Winning for the third time was such a relief, I definitely felt the most pressure this year to win as the girl’s field keeps getting stronger and to hang onto a title is much more difficult than to win at the first time!” beamed the 3x Enduro National Champ.