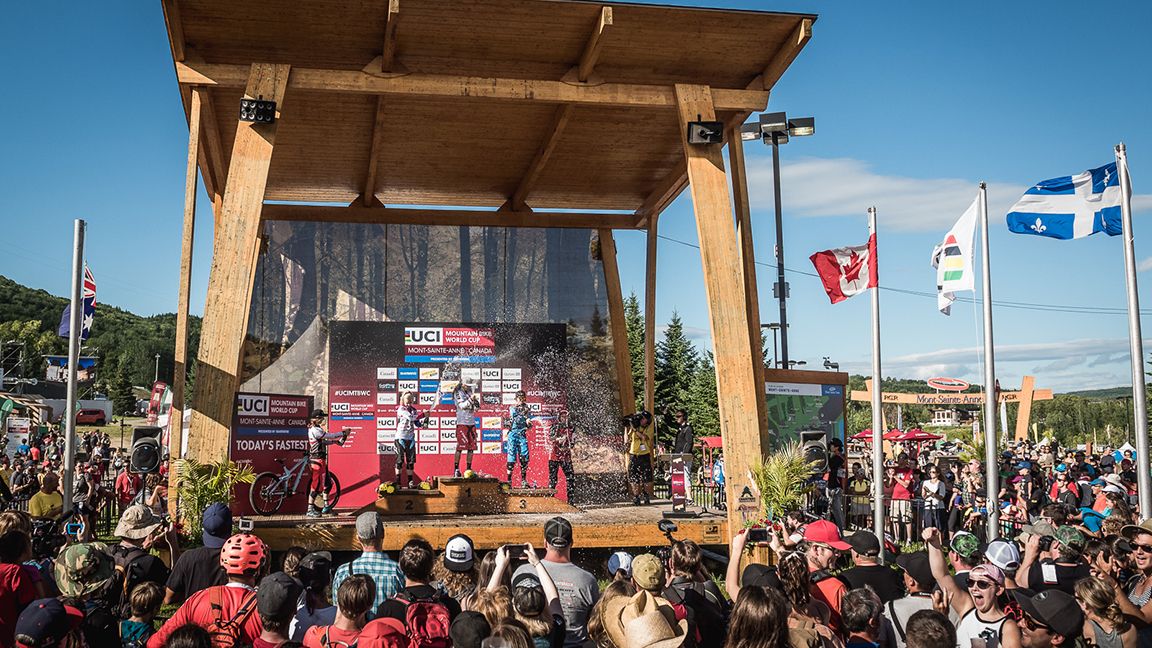 Mont Sainte Anne is one of the most legendary tracks on the UCI World Cup DH circuit.

All of the riders were excited to hear that changes were made to the track to make it one of the fastest ever.

Training was difficult for the whole team both Andrew and Tracey had several massive crashes, but they were luckily to escape with only some minor bruises and a wicked black eye. Tracey is now known as the fastest bad ass on a bike.

For his 31st birthday MSA gave Andrew a crash that many would not have walked away from. He was lucky enough to walk away with only minor injuries but was not at 100% for qualification.

After having such a rough time during practice the team played it safe during qualification. Mick finished in 11th, Alex in 21st, a battered and bruised Andrew in 34th and Tracey was able to finish in 4th place with a mechanical.

Finals came and Tracey was the first UR Team member to drop in. She was able to fight her MSA Nemesis and she was able to finish in 2nd; her best ever result at Mont Sainte Anne. Tracey is now in 3rd place overall after showing that she has the determination and the skill to move up the rankings.

Andrew decided that he would race after his massive crash and was having a good run before a mechanical stopped his chance of finishing with a good result. Mick wasn’t able to put together a good run and finished in 34th. Alexandre finished in 22nd which is his best result of the season.

The team is sitting in 3rd place overall and they are looking forward to having some fun and racing at Crankworx in Whistler.