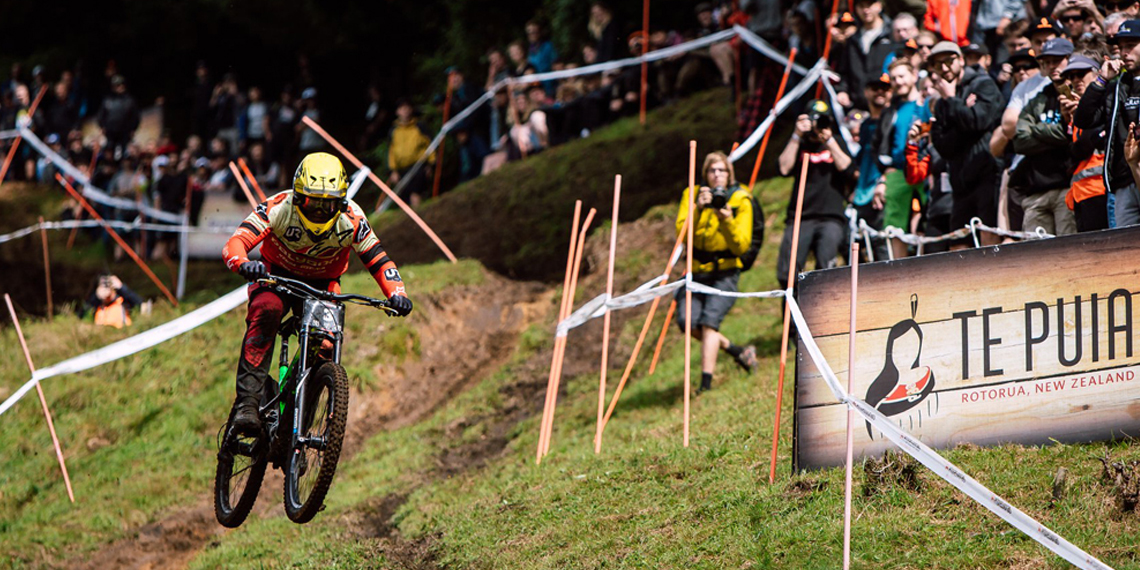 Mick Hannah took win on his Xquarone EX9 for the classic AirDH where it’s all about jumps and berms. It was the first time that Mick was racing this event and what a first time. And the Redwoods DH, only Mick was racing. Mick stepped on the podium and got a well deserved 3rd place. Tracey Hannah had crashed at the new Redwoods DH that requires Tracey to recovery a few weeks ahead.

The main Downhill was Crankworx Rotorua highlight, But The rain turned the course in such a difficult slippery track. But still another great result from Mick Hannah with a really fast run and even a little crash but he managed to get a great 2nd place! After those three podiums, Mick Hannah remains 2nd at the King of Crankworx ranking and stepped on another podium for that!

This is a good move to welcome the World Cup next month in Croatia.