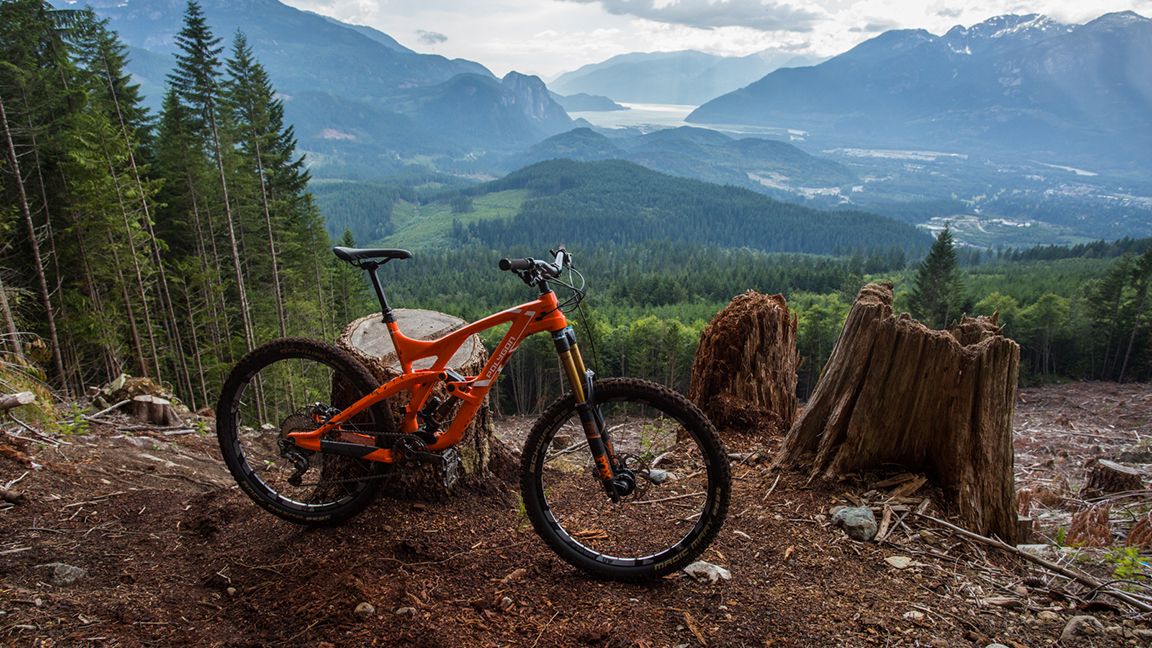 Logging has been a way of life in small towns all over British Columbia since early in the 19th century. It was mainly a winter trade due to cheap labor, trees being easier to fall during the cold weather and the ability to drag logs on the snow. Manual labour was mainly used in BC until the 1920’s when steam-powered donkey engines were introduced. Things have changed a lot in the logging industry over the past 100 years, the industry has gone from manpower to machine power making clear cutting a lot easier and a lot faster.

There are still traces of the early days of logging that can be found in the forests that mountain bikers build trails in. Most of the roads used to access areas to build trails were left by the logging industry. Old logging grades have been used for both trails and access since mountain biking started. With new logging comes new and more advanced infrastructure. Roads are pushed farther from civilisation to access areas that have never been logged before. Clear cuts are popping up in areas that have never had bike trails built.

This access is allowing new trails to be built in areas that have remained untouched by mountain bike tires. Instead of spending time planning a trail through an old growth forest, clear cuts are giving builders a look at a large section of land from one point. Trails can be planned quickly and builders are able to drive to several points on the trail to be.

With trail builders building trails through regrowth forests mountain bikers are coming face to face with logging in the 21st century. There is a real fear of losing the trails that we have grown to love due to logging. With the loss of trails or section of trails, builders are going back to rebuild the trail better than it was, to begin with. Mountain bikers are making the best of a situation that is less than ideal, a situation that is a reality and in hindsight without the logging mountain bikers wouldn’t have as many trails as we have now. Builders and have used the logging to evolve trails in a way that has been forced upon them. Reroutes have been made, trails through clear cuts have popped up over night and with access to new areas new trails are starting to show up.

Logging is the unwanted catalyst that builders are using to make the best of a situation that has been forced on the trails that we have grown to love.