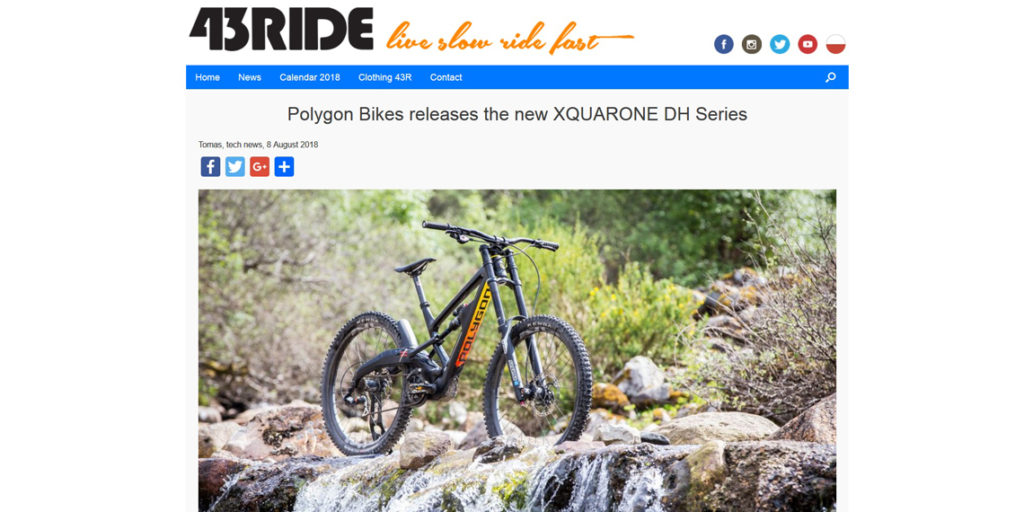 “Continuing on with the highly publicized XquareOne EX with R3ACT 2Play suspension platform, Polygon released what will surely be one of the most talked about DH bikes this year. The looks may be polarizing and the unique design gives skeptics plenty of fuel, but the reality is that long before they announced this bike to the masses, it has been proven against the clock by some of the best riders in the world. Most people don’t focus on pedaling efficiency when it comes to their downhill bikes, but a major factor in the design and development of XquareOne DH was in the pedaling capabilities. Polygon worked with the NAILD team to create a system that offers a capable downhill bike that can also be pedaled back up a majority of trails. When ridden with the suggested sag, the XquareOne DH has between 98% to 110% anti-squat value throughout the entire gear & travel range.”