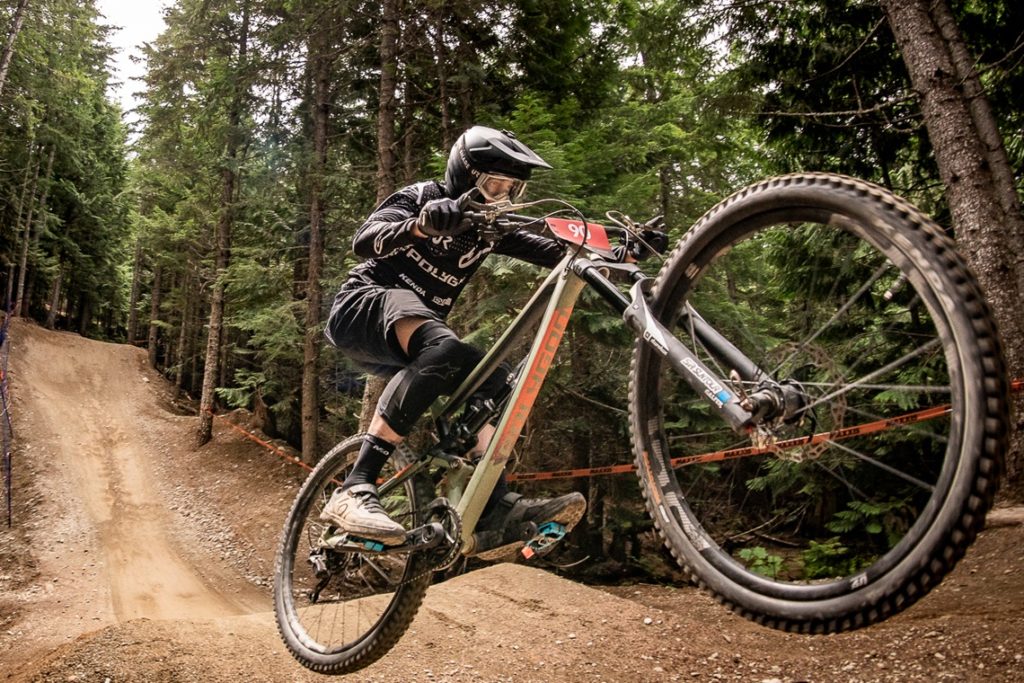 We just finished the last Crankworx of the year in Whistler for the 3rd stop of the series.
We flew straight after the Lenzerheide World Cup on Sunday to make it just on time for the AIR DH where Mick Hannah and Fabien Cousinie participated. It has been a tough one for Mick as he took a huge crash on practice. The rain also came in the mix.

Then it was time for the DUAL SLALOM. This year it was a brand new course that the riders quite enjoyed. Mick was on fire and qualified 3rd fastest and Fab was 16th. Both Mick and Fab made it to through the first round which meant they were part of Live show.

Our riders were riding good but unfortunately they would be taken out by the winner and the 2nd place finisher that day.

On Thursday Sam Reynolds went sideways at one of the best WHIP OFF of the year!

Sam Reynolds had a good qualifier at SPEED & STYLE with the 2nd best time. He was really looking forward to this one as he had missed the first one and crashed in Innsbruck after a very good run. We are super stoked to know that Sam will be in the protected riders for next year!

The last event of the week was the CANADIAN OPEN DH. This race was good for Tracey and Mick to try a few things for World Champs coming in 2 weeks. Mick had another huge crash during practice so we were very happy to see him all in one piece.

As for Tracey, she had won the last 2 downhill races of the Crankworx World Tour in front of fierce competitors. So it wasn’t an easy to task to try to take all the wins of the series but it was definitely the goal. Tracey had a good run, giving it all while still holding on a bit because World Champs is coming real soon. It was a tight race but Tracey took the win! It’s her 4th consecutive win at Canadian Open!

Tracey also takes the Crankworx Downhill Championship title with a perfect Crankworx season!
It’s time to rest for 1 week before we head to Mont-Sainte-Anne for World Champs!

POLYGON UR: AT LENZERHEIDE WORLD CUP